Joshua Chilcote in many ways is just your typical 14-year-old teenager. He attends high school where he runs track and plays soccer. He also listens to his iPod, talks on his cell phone, and plays video games just like every other kid his age. But unlike most of his peers, Joshua has accomplished something quite extraordinary: winning an Assistance to Firefighters Grant for a brand new fire engine.

He comes from Geistown, a suburb of Johnstown, Pennsylvania. As with most small towns in Pennsylvania, there is a long heritage of firefighting, the very beginnings of which can be traced to Colonial Philadelphia and Benjamin Franklin with the advent of volunteer fire departments. As a matter of fact, there are more VFDs in Pennsylvania than in any other state in the country — many of which have been supported by generation after generation of firefighting families.

So it’s no surprise that Joshua’s parents (Bret and Shelia) are both volunteer firefighters. It’s in Joshua’s blood too, volunteering with chores and fundraisers around the station and becoming a junior firefighter just last year. And what a year this last year’s been for him.

In early March, the funders received a rough draft of Joshua’s AFG application. Not only was it well written, it was for a new fire engine — one of the toughest awards to be had anywhere, even for a seasoned grant writer. By law, only 25 percent of the total money in the AFG program can be awarded for new fire vehicles. That means an application for a fire engine has to be close to perfect — and Joshua’s was.

Joshua was working on the grant as part of a Boy Scout Project as well as remodeling the station’s living quarters for the same project and his Eagle Scout badge.

This week, Joshua’s application paid off big time — his department was awarded the grant for a new $260,000 fire engine! Besides making a whole lot of firefighters happy, he made history as possibly the youngest grant writer to ever win a grant from the Department of Homeland Security, let alone one for a new fire engine.

Some might chalk it up to luck, but Joshua demonstrated that with the proper skills and training, anything is possible. Way to go Josh — this is one for the record books. 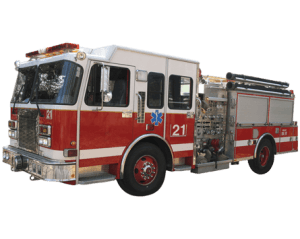